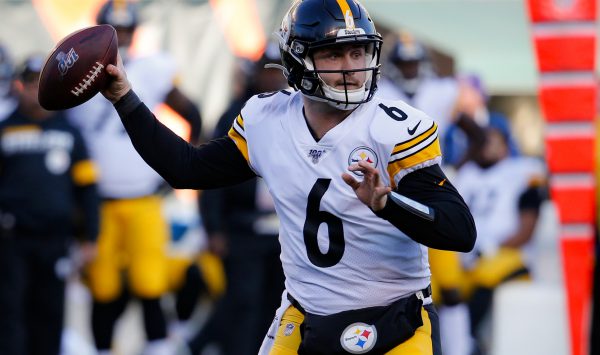 To the surprise of no one, the Steelers have officially named Delvin Hodges as the starter for Sunday’s key AFC North home game against the Cleveland Browns.

Mike Tomlin made the announcement to kickoff his usual Tuesday press conference.

“Like I talked about after the game, I thought he provided us a spark,” Tomlin said. “It’s due to a lot of things, I got a lot of patience for young guys, but one thing we have to do is protect the ball. Once we gave him (Hodges) the opportunity he took care of the ball.

“That’s were the decision lies, we’ll see where we are after this game.”

Hodges played well in the second half against the Bengals, throwing a touchdowns pass to James Washington and leading two more scoring drives in the eventual 16-10 win.