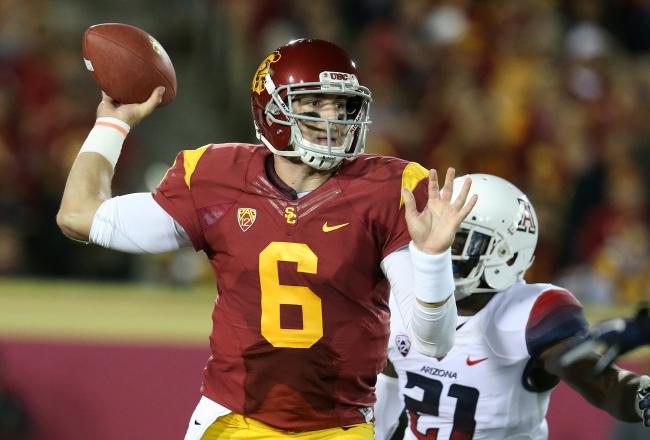 USC has a long line of producing NFL quarterback prospects such as Carson Palmer, Matt Leinart, Mark Sanchez and Matt Barkley to name a few. Heading into the 2016 NFL draft, senior quarterback Cody Kessler looks to join this list as well. So far, Kessler has thrown for 74 touchdowns and 13 interceptions in his  career, and  should continue to put up solid numbers as the college football season progresses.

Of course, putting up good numbers is important for any draft prospect, but it’s what is on the film that counts. And when analyzing his film, Kessler has several traits that make him somewhat of an intriguing prospect heading into 2016.

NFL comparison: Alex Smith
Kessler, like Alex Smith, is a smart and athletic quarterback. He has plenty of flashy stats, but the film tells a different story. Kessler is an overall raw prospect, who needs to be drafted in the right system to succeed. If Kessler is drafted as a developmental prospect,  then he has a real shot at being a starting quarterback.