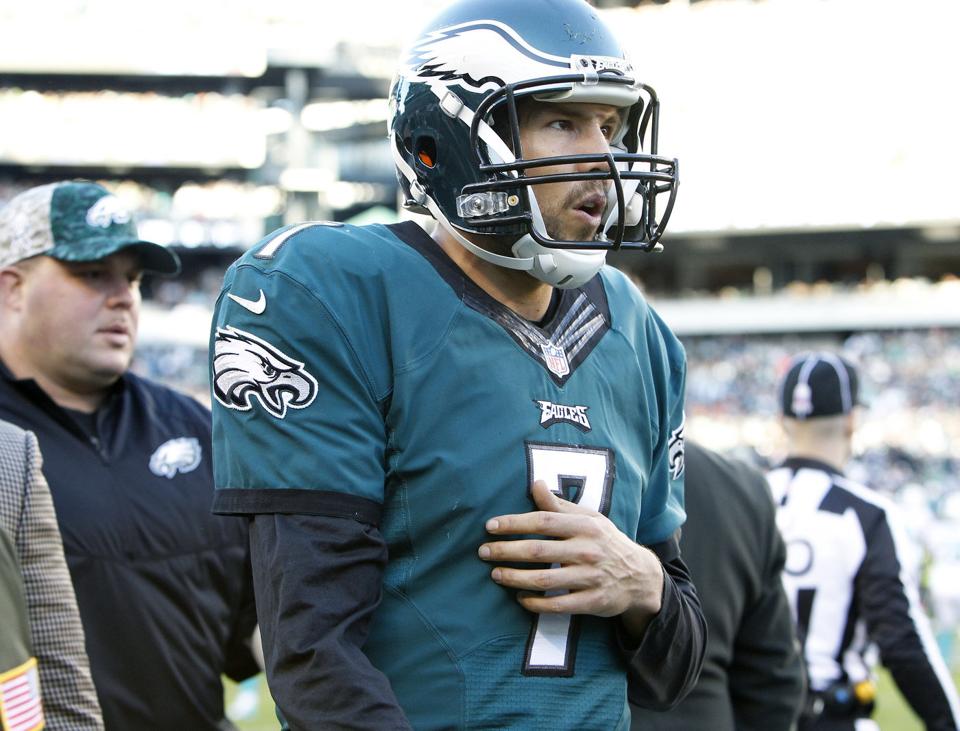 Sam Bradford has suffered plenty of injuries during his NFL career, and it looks like he just added another one to his list. Bradford might be in concussion protocol, but his separated left shoulder suffered on Sunday against the Dolphins might reportedly keep him out for 2 weeks or more.

A source has told Eliot Shorr-Parks of NJ.com that there was “no way” that Sam Bradford would be healthy enough to play in the next two weeks.

With Bradford out, Mark Sanchez will be the starting quarterback next week against the Tampa Bay Buccaneers, and Thanksgiving Day against the Detroit Lions. Replacing Bradford last week, Sanchez completed 14 of 23 passes for 156 yards, but also threw a red zone pick that cost the Eagles the game. Turnovers have always been a common theme with Sanchez, and Eagles fans are just hoping that his picks won’t ultimately cost them their season.

Tom Brady Got Bored Of Retirement Already, Returning To Bucs For Another Season

Super Bowls That Came Down To The Wire

Tom Brady Hangs Up His Cleats, Confirming His Retirement From The NFL